Realizing a Vision for Conservation through Collaboration 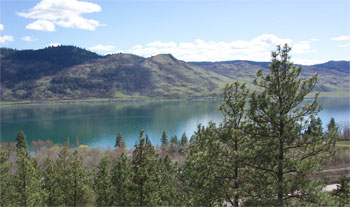 The Okanagan basin in south/central British Columbia is a region of fresh water lakes, rolling hills, grasslands, mountains, forests and Canada's only desert. The region is one of the most biodiverse in Canada, home to a variety of species including several species listed as endangered or threatened by the Committee on the Status of Endangered Wildlife in Canada (COSEWIC).

With one of the fastest growing population rates in the country, the Okanagan is under significant developmental pressure and in 2000, the federal government recognized this basin as one of its four most endangered ecosystems.

Some of our Shared Conservation Issues in the Basin 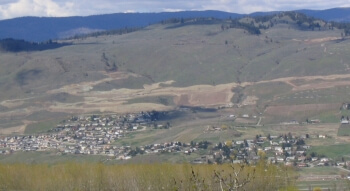 The loss of habitat from urban and agricultural development throughout the Okanagan Basin has resulted in the region having a disproportionate number of species at risk. The connectivity between natural and protected areas in the Okanagan Basin continues to be fragmented and as a result, the threats to species at risk are increasing, and species that are currently common are declining in numbers.

Development for urban, rural and agricultural activities is inevitable, but it is critical to take measures to reduce or eliminate the impacts on the fragile species sharing the landscape. The Provincial Government's Conservation Framework (note: Internet Archive) has a goal to keep common species common and to further reduce threats to species at risk: this is where land-use planning at the local, provincial, federal and First Nations government level will play a critical role. (Conservation Framework Primer document — 949KB PDF, opens in new tab) 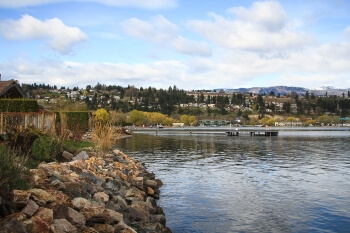 Land use for development, recreation, agriculture and regional infrastructure including transportation is also pressuring and degrading shoreline along the lakes and waterways in the basin. The foreshore along bodies of water is a productive area considered essential to natural processes including the lake fishery, its wildlife and water quality. Together OCCP partners are inventorying impacts to foreshore in the basin and using the data gathered to provide better, more integrated approaches to planning and management of waterbodies and the foreshore. 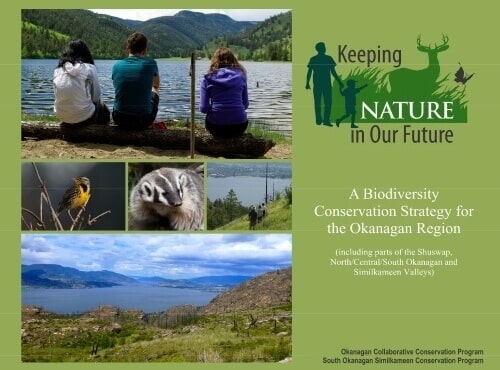 Keeping Nature in our Future, "A Biodiversity Conservation Strategy for the Okanagan Region" (the Strategy) is an environmental policy framework that sets priorities for identifying, preserving and restoring important natural areas.

The OCCP website uses cookies. Some are essential for the operation of the site. Others (i.e. tracking cookies) help us improve our site and its user experience.

It's your choice whether to allow cookies or not. Please note, however, that rejecting cookies, may disable some site functionality.